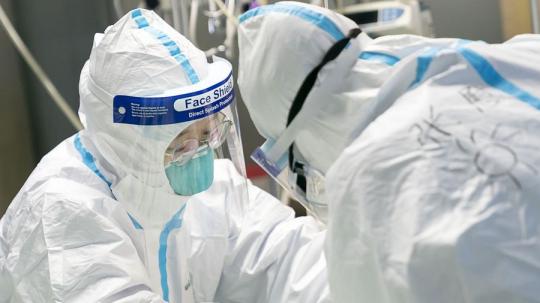 Five years ago, I was debating an Ebola outbreak in the European Parliament and its budgetary control committee. Western governments made huge mistakes when it came to responding to the Ebola virus, failing to understand the clinical challenges faced by an outbreak of that type. Meanwhile, media sensationalism was rampant. The coverage engendered tangible fear in many communities which were never in any serious risk.

The response by Chinese authorities to the novel coronavirus outbreak has, as you would expect of an economic powerhouse, been far superior to that in Guinea, Sierra Leone and Liberia to the Ebola outbreak of 2014. One of the few things correctly being reported in the Western media is that the Chinese government intended to have a dedicated hospital for the novel coronavirus "within a week."

When Western governments tried to create such new hospitals in response to Ebola, it took months: they should have used faster options for a virus which was at the time doubling the number of cases each week. The mindset was more keen on getting everything done right, rather than getting it done quickly.

It's certainly appropriate for there to be concerns over the novel coronavirus, just as it was appropriate to have concerns over Ebola. The Chinese government's decision to quarantine Wuhan, a city of 11 million people, shows that it is being taken seriously. The construction site of a special hospital in the Caidian District of Wuhan, central China's Hubei Province, January 24, 2020. /Xinhua Photo

The construction site of a special hospital in the Caidian District of Wuhan, central China's Hubei Province, January 24, 2020. /Xinhua Photo

Yet within the Western media, I am seeing many of the same mistakes repeated once more. Scaremongering headlines, taking the most extreme potential scenarios and assuming a completely ineffective clinical response, are unhelpful. Newspaper headlines scream about how "50 million" or "65 million"people could be killed by the novel coronavirus outbreak, claiming that this coronavirus is "as deadly as the Spanish flu" of 1918.

Look at the data though, and you'll see a fundamentally different story. I've read academic papers on the subject before writing this piece; I wonder how many Western journalists have done likewise before submitting their articles.

Disease control researchers often talk about R0 – the number of new people infected, on average, by each person with a virus. If it's below one, the number of cases will reduce. Above one, and it will increase. The Guangdong Provincial Center for Disease Control currently estimates R0 for the coronavirus at 2.9. Professor Neil Ferguson at Imperial College London estimated it at 2.6.

The lower that number is, the slower the disease will spread. If it's possible to prevent 60-65 percent of transmission, then the "average" patient will infect less than one person and the outbreak will be under complete control.

While the Western media uses Professor Ferguson's research to create doomsday scenarios, the research itself says it's "highly likely" that sustained human transmission will occur "unless effective control measures are implemented."

For the Western media, accuracy in reporting doesn't sell newspapers or persuade people to spend more time watching television. In America, the television company NBC showed a graphic with a map of China. The locations of Beijing and Shanghai had been put on the map the wrong way around. Likewise, a newspaper report saying that "with good disease control, the coronavirus can almost certainly be beaten" would not function as clickbait, persuading more people to read it. A headline threatening an apocalypse of 50-65 million deaths does so.

Even the word "Coronavirus" itself, used without explanation and together with worst-case-scenario headlines, is enough to create more fear in readers' minds. Certainly, it's possible that a coronavirus can be lethal – but others (such as coronaviruses 229E and OC43) are merely responsible for the common cold.

Meanwhile, some of the newspaper reports do show that lessons have been learned from previous outbreaks. My recent memory is of Ebola, but a more direct comparison would be with the SARS virus (which is also of the same type). Combating the novel coronavirus and preventing its spread could be more challenging, because it's harder to detect.

SARS was more severe, killing 9 percent of the patients, and few if any carried the virus but only had mild symptoms. If someone with the virus only has mild symptoms and doesn't go to the doctor, they may well infect many others without ever being traced.

Rather than the various conspiracy theories floating around the internet, this is likely to be one of the biggest reasons for the Chinese government's decision to quarantine Wuhan.

Li Lanjuan, a member of the Chinese Academy of Engineering, said that it will take "at least a month" for an effective vaccine to be found to prevent the spread of the novel coronavirus. Anthony Fauci, director of the U.S. National Institute of Allergy and Infectious Diseases, suggests that it is likely to be "under three months." The academic research, in China and in the West, is generally in agreement.

Is there a serious threat posed by this novel coronavirus? Of course there is. The fact that we are seeing such a fast response from the medical community across the world shows that. Could this new coronavirus kill 50 million people if governments and the medical profession did not take any action at all? Quite possibly so. That's not what is happening though.

Strong action is being taken to prevent further spreading. It's clear that lessons have been learned from the SARS and Ebola outbreaks in the past. Western cultures hold a particular fear of death; morbid headlines induce disproportionate panic. There is no need to terrify citizens, merely to report the facts fairly and accurately.

The author Jonathan Arnott is a former member of the European Parliament. The article reflects the author's opinions, and not necessarily the views of Ecns.