Sales to take a further hit as result of virus 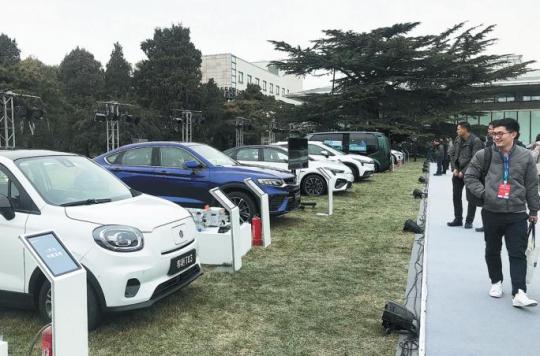 Carmakers show a number of new energy vehicles during an industry forum held in Beijing in January. (China Daily/Li Fusheng)

Manufacturers hope for recovery when the epidemic is brought under control

Auto sales in China fell 18 percent year-on-year in January, the 19th consecutive month of decline, and the country's leading industry association expects the short-term prospects to be even gloomier, as the novel coronavirus outbreak continues.

Carmakers delivered 1.94 million vehicles in January, 27 percent less than in December, according to statistics the China Association of Automobile Manufacturers released on Thursday.

Passenger vehicles, which accounted for the majority of overall vehicles, stood at 1.61 million, down 20.2 percent year-on-year.

Sales of new energy vehicles plunged 54.4 percent, down for a seventh month in a row, according to the association.

The association said the sales falls were primarily the result of the Spring Festival holiday, which meant there were only 17 working days in the month.

It said the novel coronavirus, which started to spread outside of Hubei province around Jan 20, had limited effects on the lackluster performance in January.